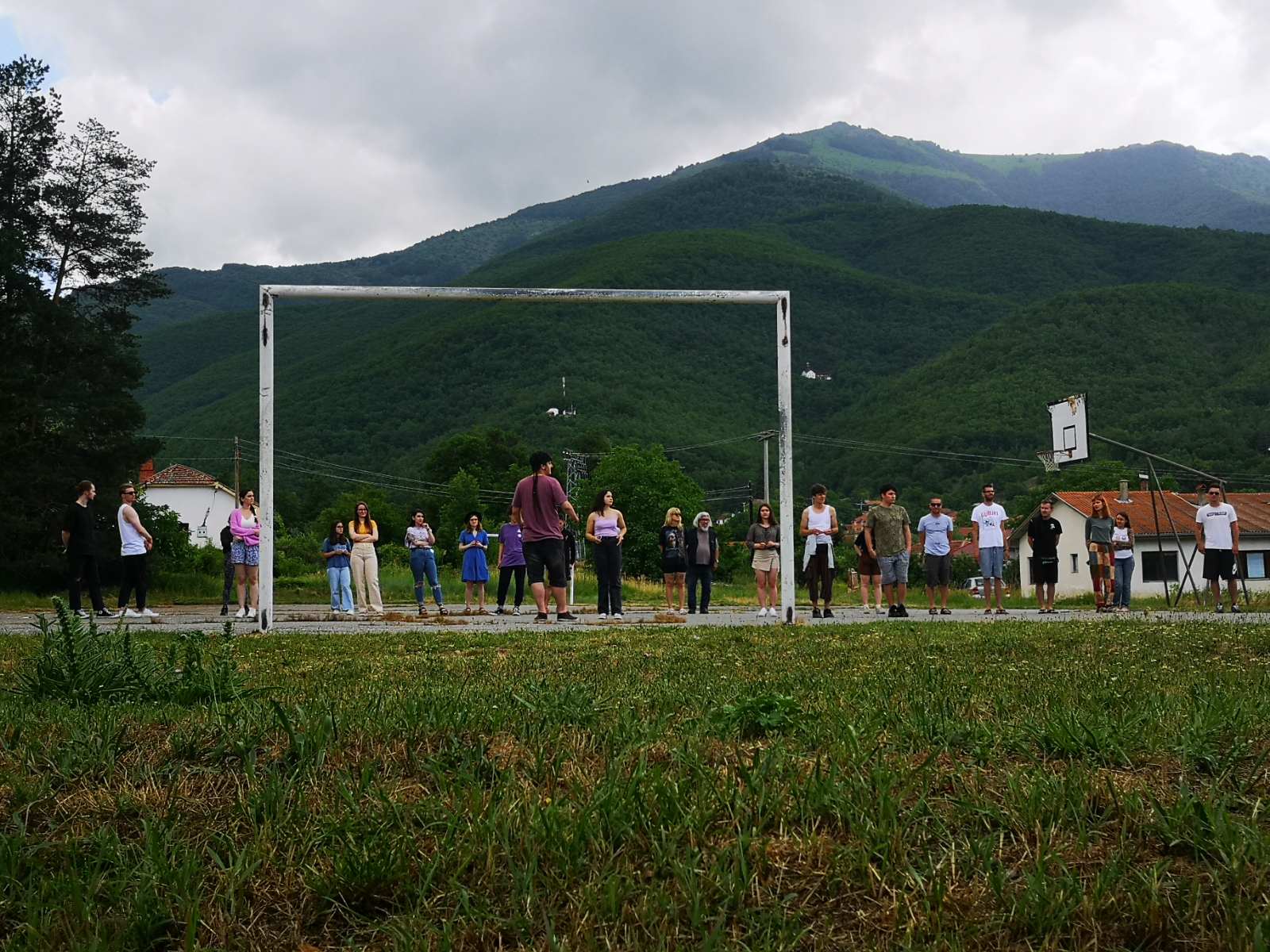 It was June, early summer in Macedonia, when over 30 participants from Croatia, Denmark, Portugal, Slovenia, and a hosting country, came together to combat one of the most recent and present in our daily lives problem – hate speech. Between 11.06 and 20.06, picturesque village of Ljubojno at Prespa lake was a main stage for implementation of the project „No Hate Speech: Increasing Competencies of Young People to Use Media and Theater Based Tools to Combat Hate Speech: Step 2”.

We are living in the times where online world allows humanity to perform more actions than it is allowed offline. Anonymity supports freedom. Why is it a chance and a threat in the same time? People feel more encouraged to expose their talents without exposing faces behind it and still to be seen and heard, and receive feedback. In the same time, the amount of hate speech is rising as people feel they can’t be punished as long as they stay anonymous – thus, they feel free to do and say whatever they wish to. For this reason, young and motivated people of different countries and backgrounds came together on far-away-from-city youth exchange, to exchange the experiences and find a solution. Solution, which can’t heal the whole world at once, but surely can heal the worlds of individuals.

Sharing a house together, in a small village where only a bench on main square, one restaurant and one shop connect local community, brought participants of the project even closer together. A rural place, where locals don’t have as many opportunities as big cities have, suddenly became a place, where a lot of “big” things were happening. The energy of locals and internationals came together to make this project unforgettable. During those eight days, we were not only working on how to fight against hate speech, but also experiencing a place, that being said it is small, it is facing not that smaller problems in comparison to big places the participants are coming from. We took into our hearts that here and now it is our place of action, and time to make an impact. Among many empowering activities we took part in, we also became video makers. Participants in four different groups were working on four different videos. One group was exploring village, climbing hills, interviewing local people, to create a promotional video of Ljubojno, while the other was filming a movie from dog’s perspective – making not only locals but also stray animals happy and curious. Third group made a one-shot video focusing on the topic of how people coming from different Balkan countries can unite together preventing hate speech caused by one of the “burning” topic – football rivalry. The last group created a song about hope on having a better world free of hate speech, which long time after will be sounding on the little streets of Ljubojno and, (hopefully), will go viral. 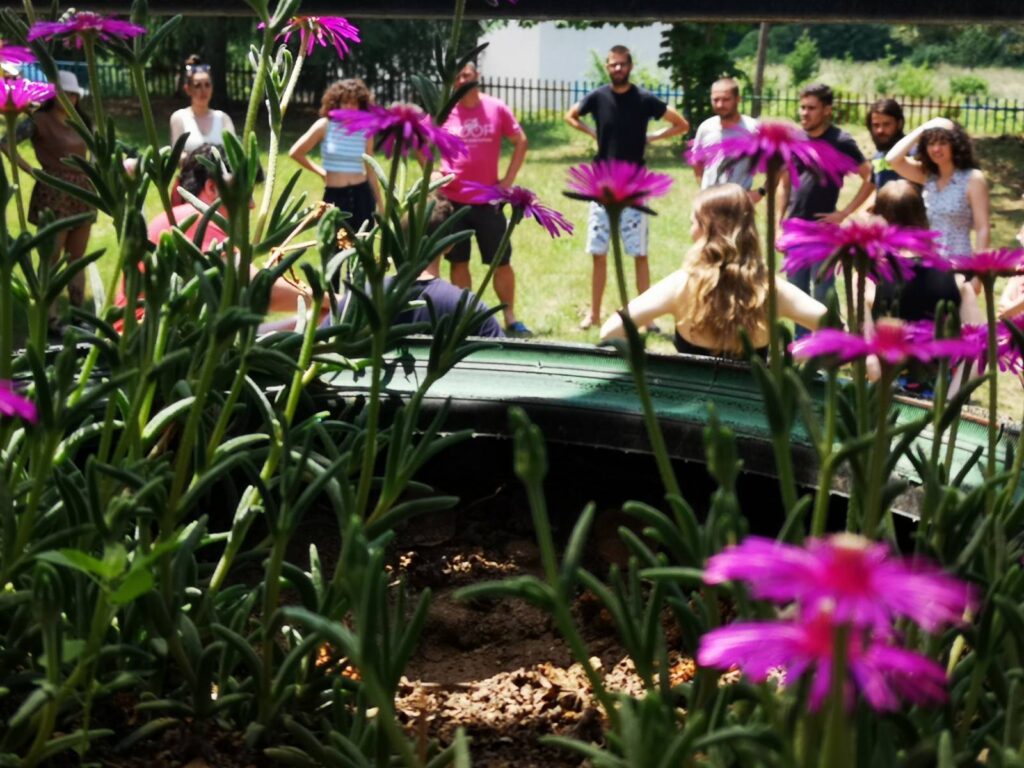 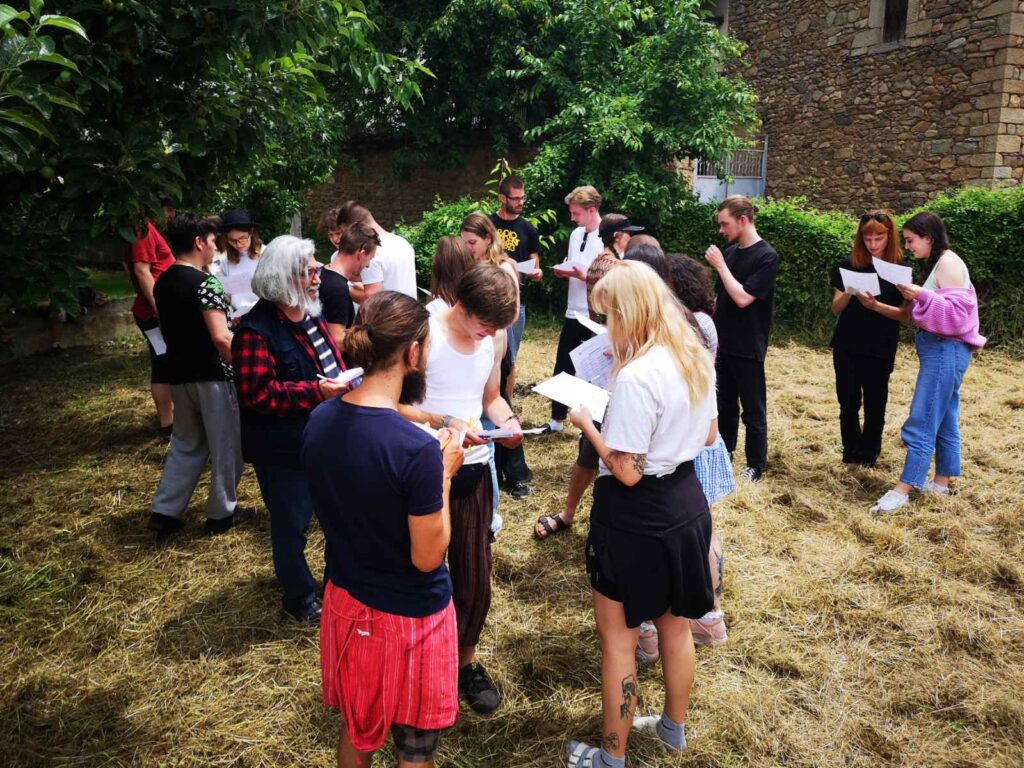 “I’m thrilled that I was given the chance to get involved in the second part of the Erasmus+ project “No Hate Speech”, this time in Ljubojno, Macedonia, as it was an unforgettable experience. I had an amazing time in this amusing mountain village with rich spirit and shared great experiences with very friendly and honest people. The program was exceptional and using various methods and activities (like theatre) during the process, helped us to better understand certain real life situations and how to deal with and battle against hate speech. A lot of the activities and discussions led us to answering a lot of questions about the causes and consequences of hate speech and overall taught us how to work as a team. Apart from the program we had lots of energizers, fun workshops and plenty of free time to explore the village or hike. We also had the chance to visit a few local festivals which enriched our knowledge and taught us about rural life and typical Macedonian traditions and cuisine. As a group, we also took part in a local event by singing a song and locals got to try food and snacks from different countries. The greatest part of this project was that I got to meet wonderful people from around the world and share special memories with them that I will never forget!” – said Marija Stamenova, Macedonian participant.

During this project our group was invited to participate in Festival of traditional Prespa specialties, as part of the event “Meet Prespa”, in neighbouring village Brajchino. We had a chance to meet EU ambassador, Mr. David Geer, who gave welcome speech and expressed his enthusiasm about how Erasmus+ projects financed by EU are implemented by VCS, through which young people connect and have equal opportunities to learn about European values. 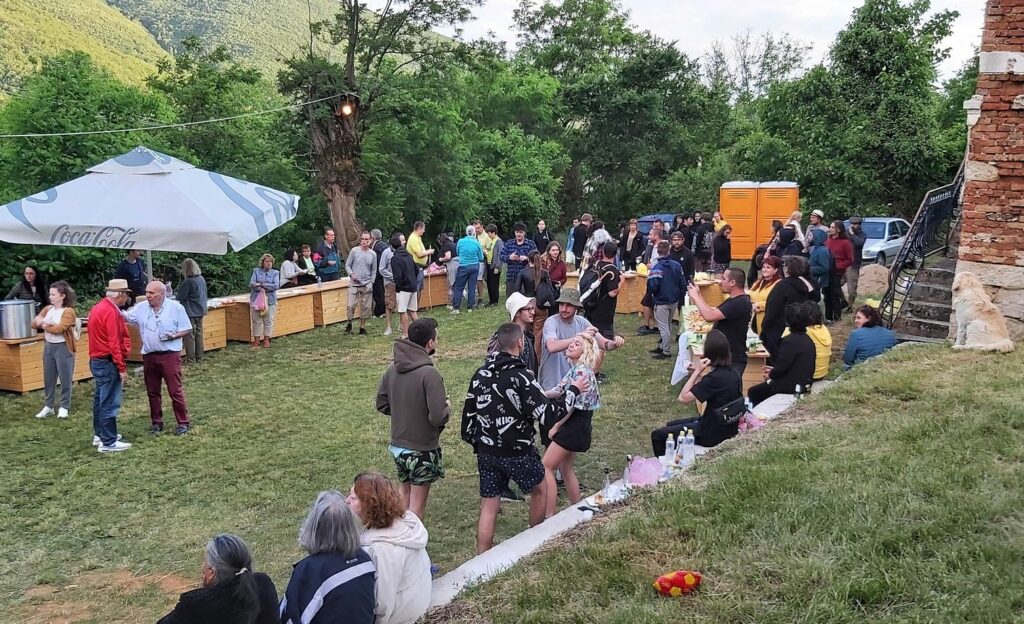 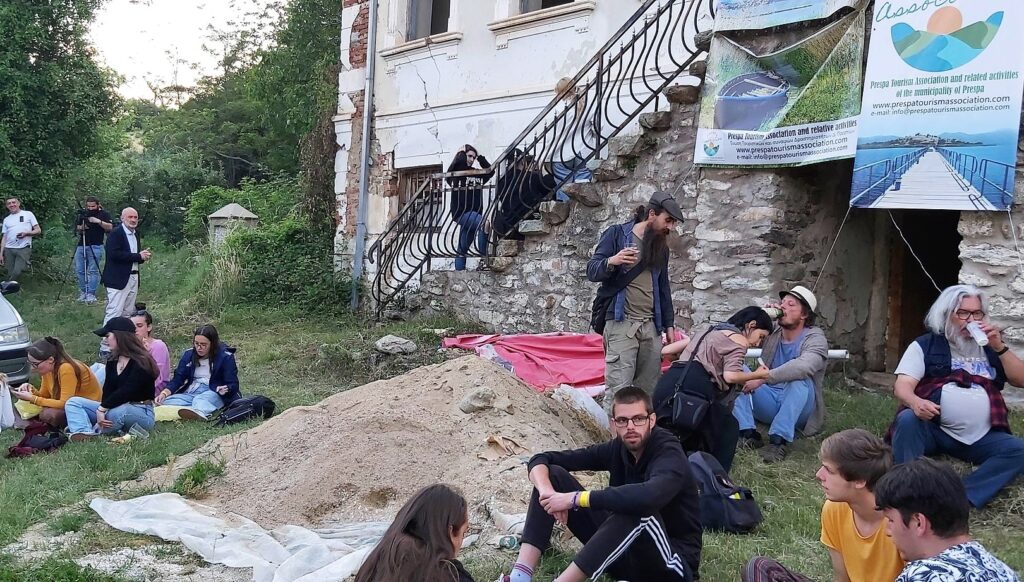 Final event of this Erasmus+ project literally took a stage of Ljubojno – team leaders of each country group gave small speeches on the stage in the centre of the village, which usually hosts local events. Through this International Culture Evening we wanted to provide an opportunity for young people from rural areas to become part of our world. We went international, giving a glimpse of Croatian, Danish, Latvian, Portuguese, Slovenian perspectives, and promoting European values and opportunities that Erasmus+ programme offers. After our presentation, and a heart-warming song, locals and internationals, together, carried on celebrating the beauty of this uniting and taughtful evening with the concert of local band from Bitola, Sound Waves.

To end, and to give you a little bit of the feelings we shared in Ljubojno, small piece of our song should speak the word:

“Nature, beautiful eyes, deep conversations, trustful smiles,
I know at home there’s much to do, but in Ljubojno you are you.” 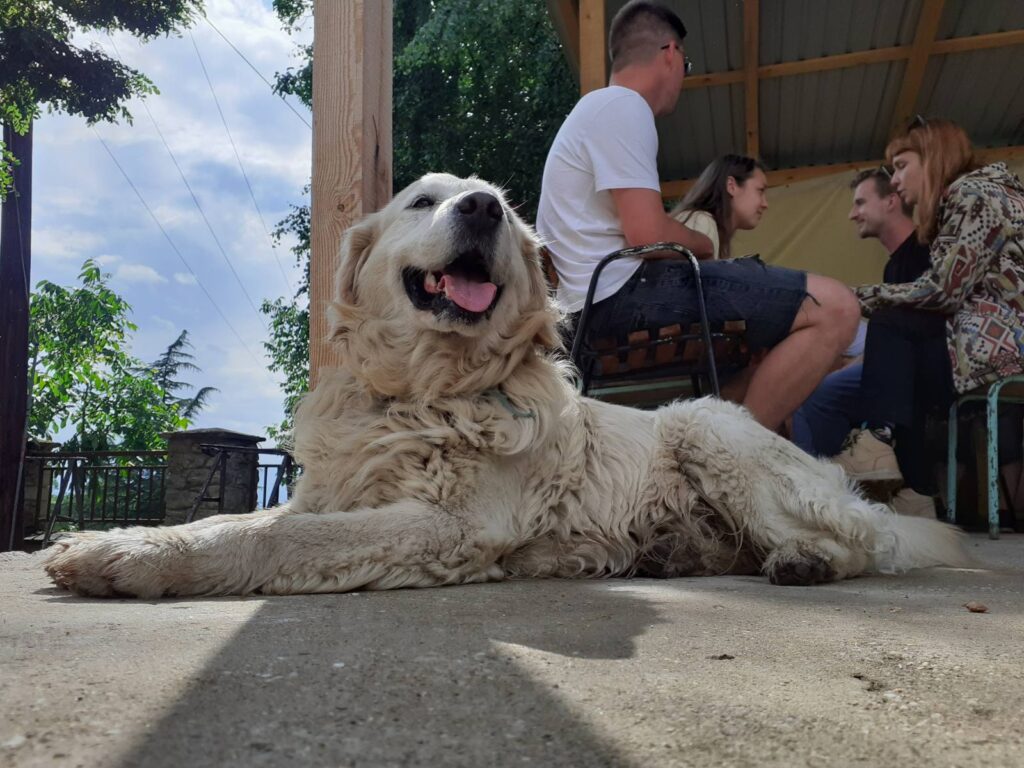 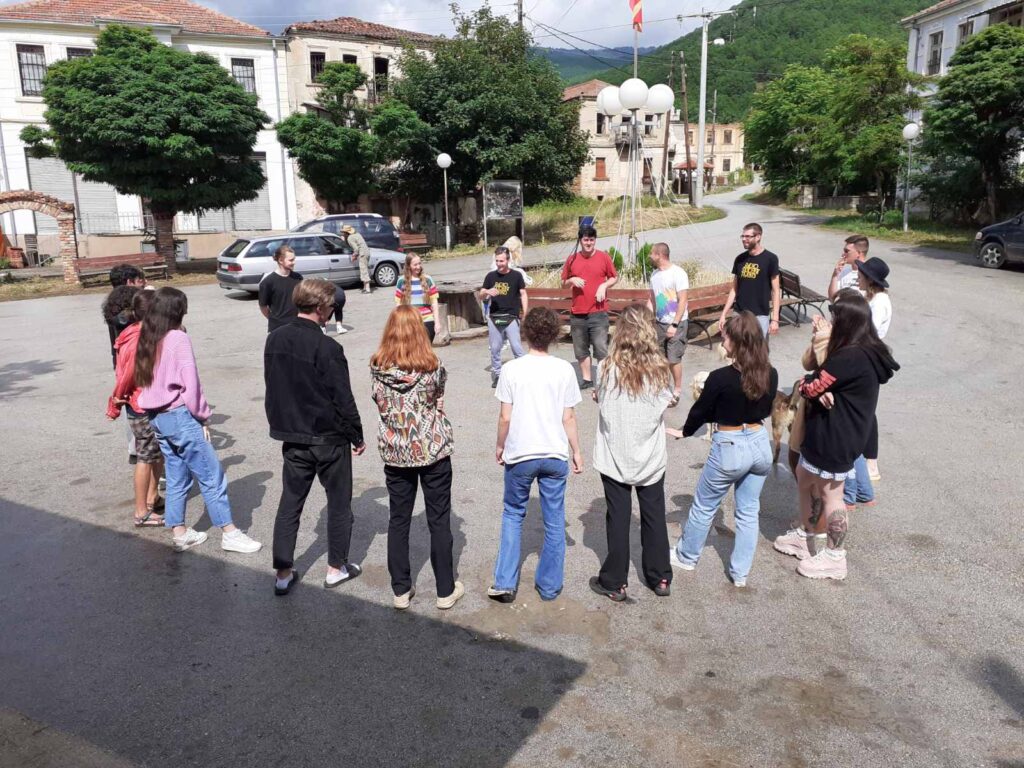 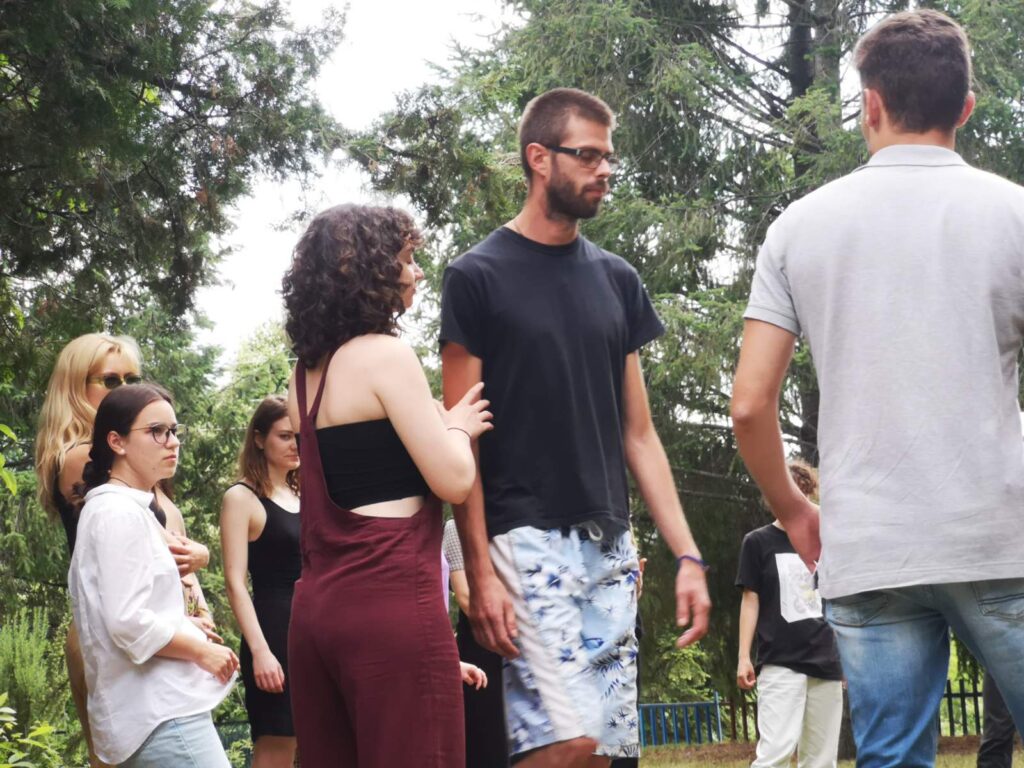 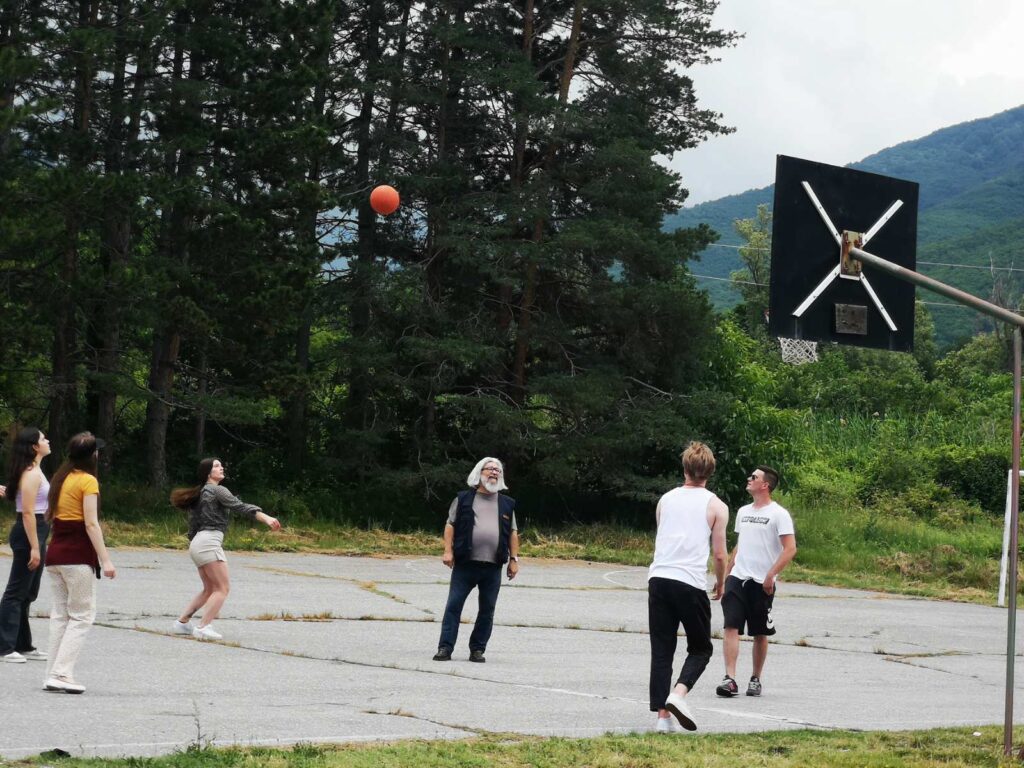 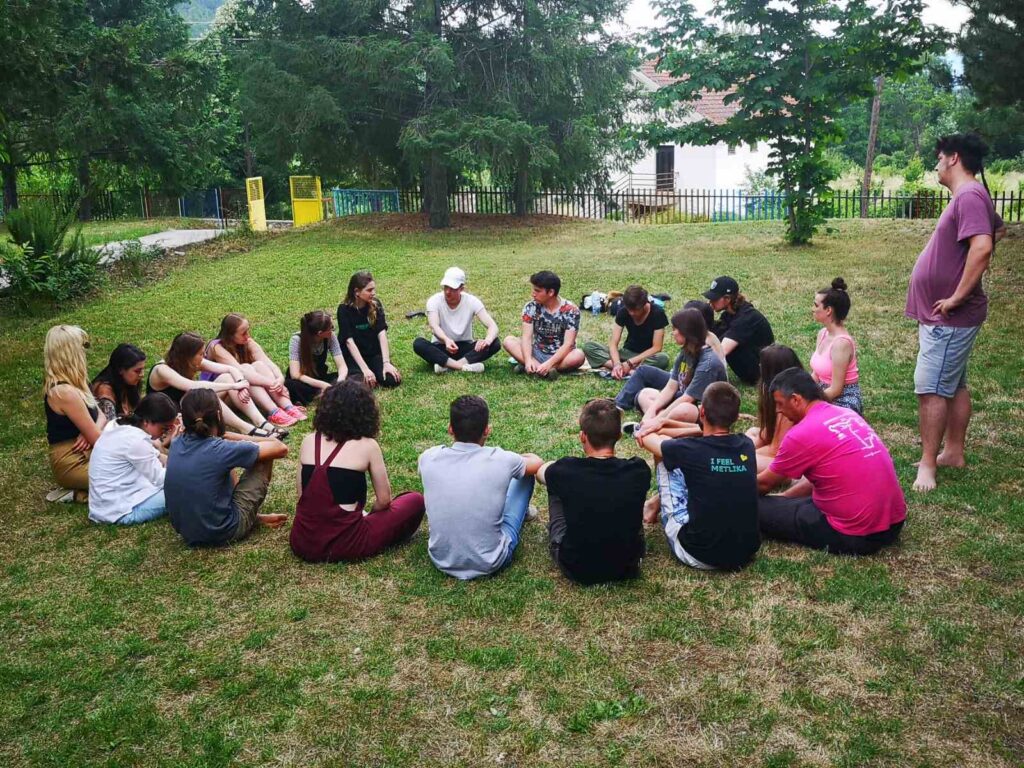 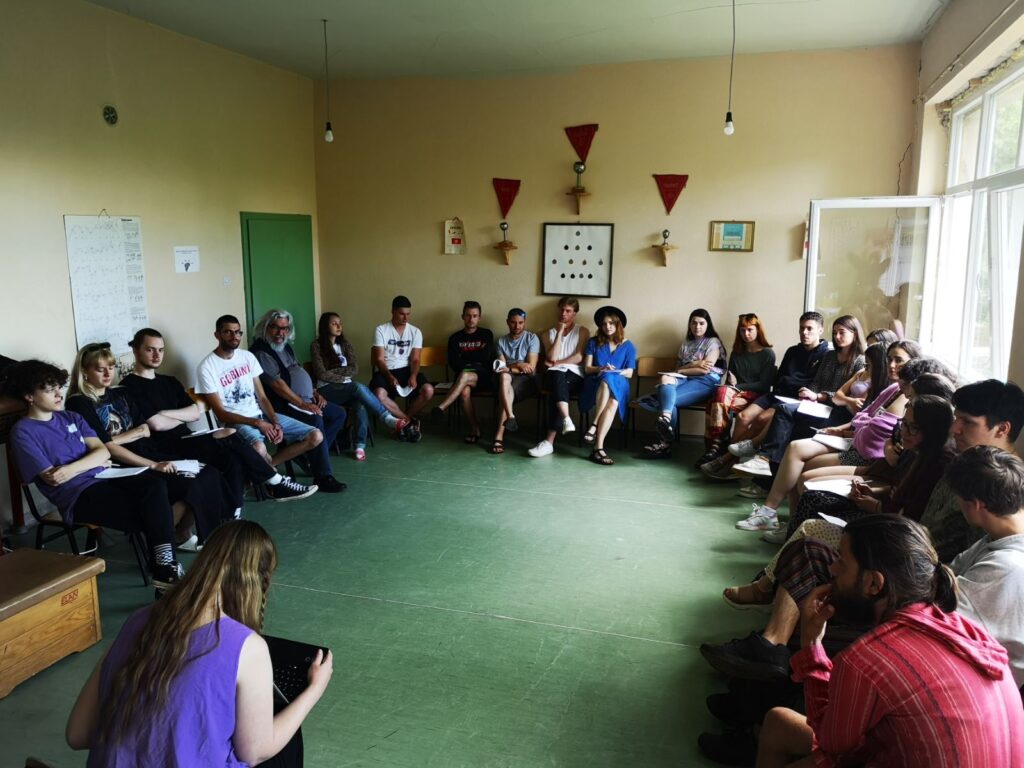 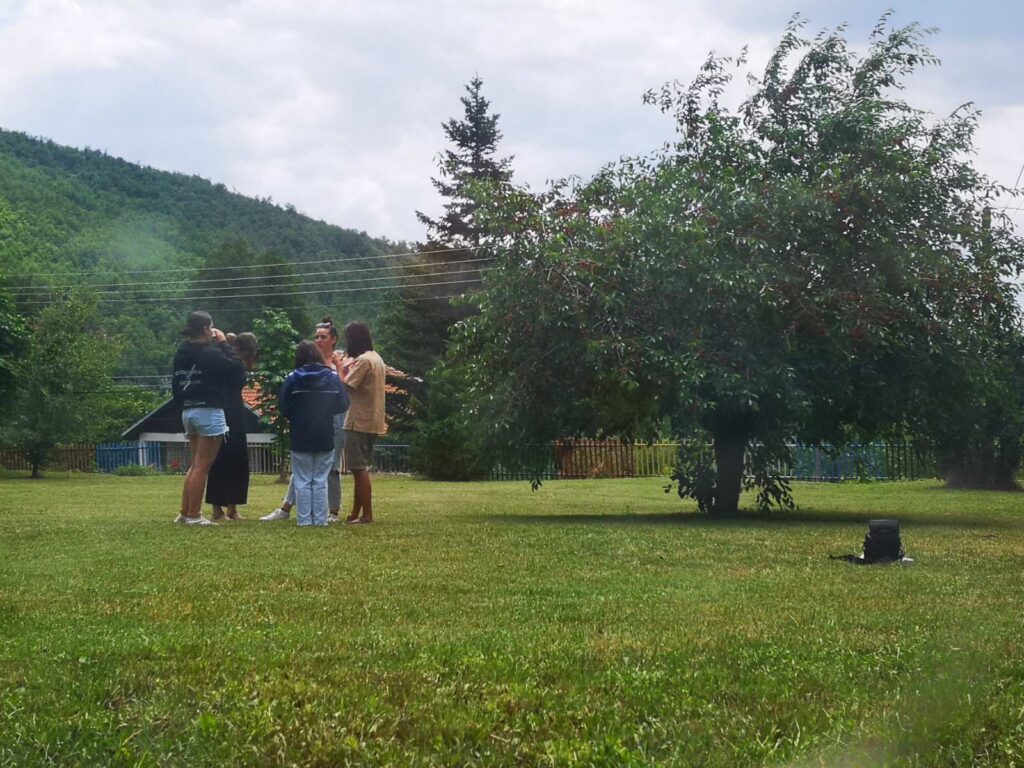 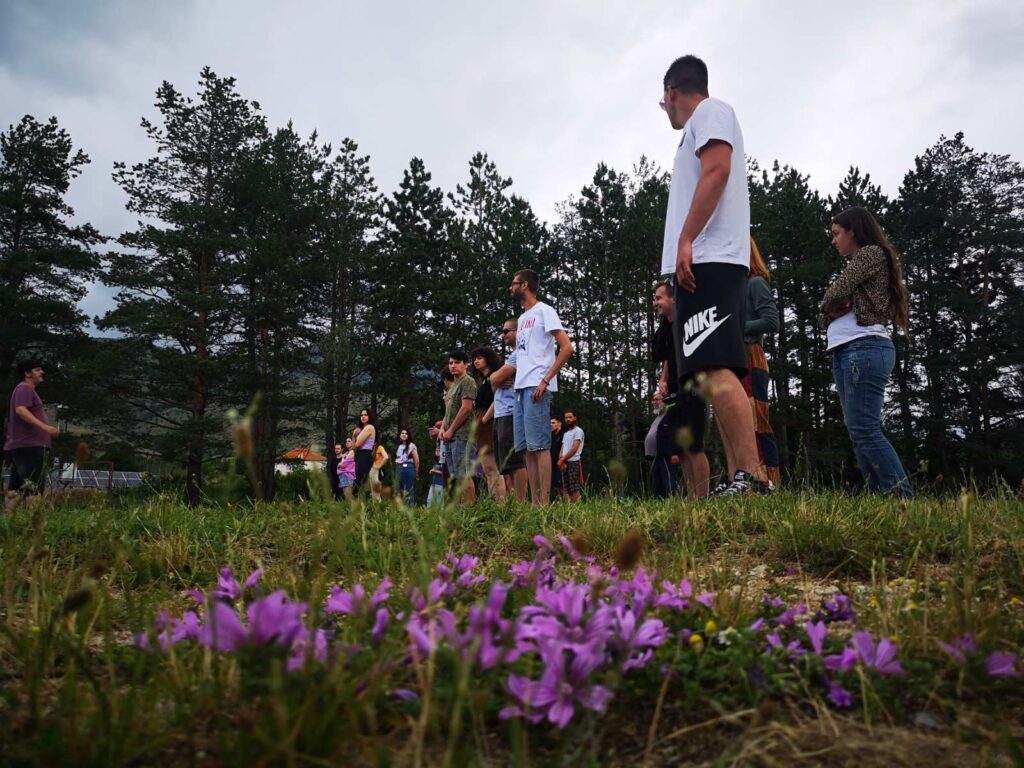 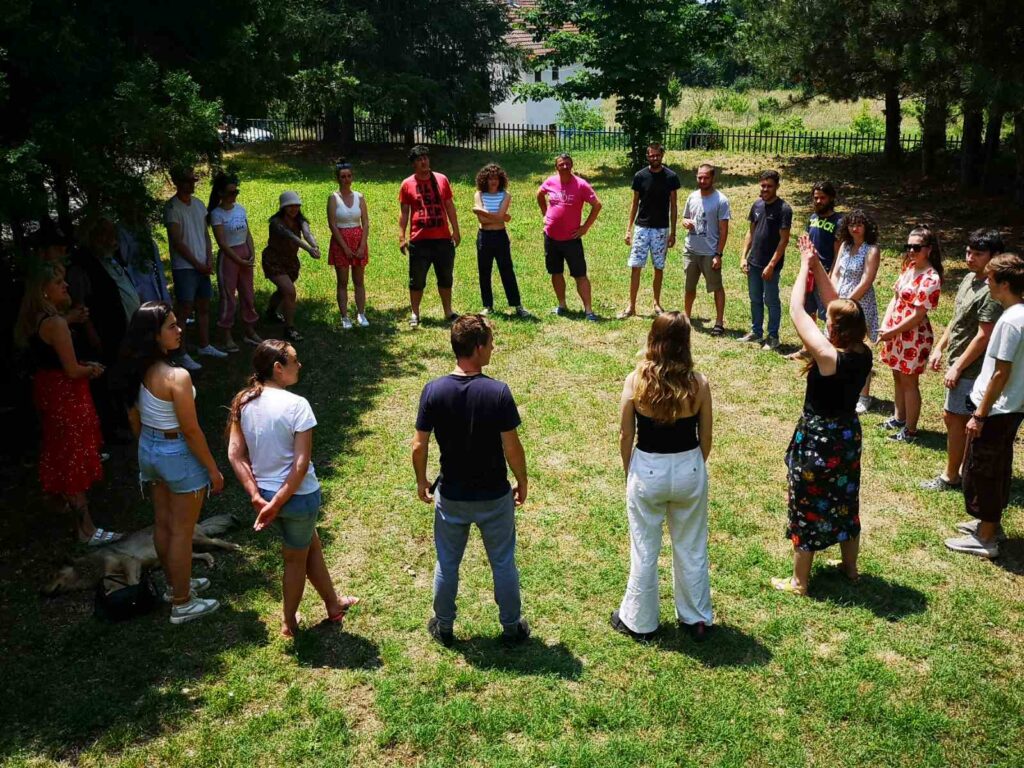 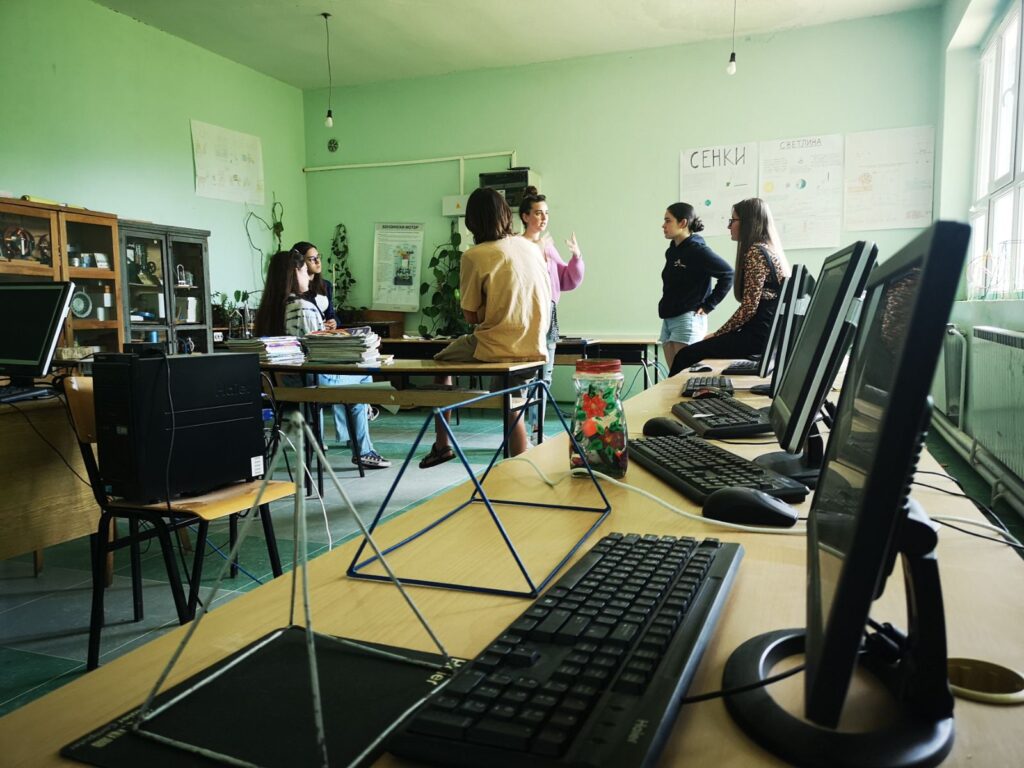