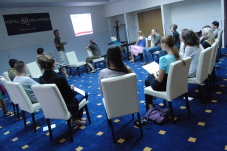 From the 5 to the 10 of September, we went, together with Manu, Kuba and Krysiek (volunteers from Struga), Miguel and Anita (volunteers from Bitola), to the on-arrival training in Sarajevo. We left Skopje at 8pm and after only 15 hours by bus we arrived to Bosnia, cool as cucumbers… During the training we had the possibility to meet other volunteers that are working all over Balkans, speak about our projects, share experiences, fears and hopes and make plans to visit each other in the next months. Apart from that, there were trainings about learning how to learn, cultural shock, impact of EVS on the local community, what we can do to be active, how to solve conflicts, rights and responsibilities of the sending and hosting organization and the volunteer. The best part ever was when my group had to build a bridge between chairs to carry an egg. It’s a pity that there aren’t any pictures to show you our Calatrava bridge!

There were so many volunteers that we were divided into two groups. However we could all integrate during the meal breaks or free time after trainings, which was great cause the most valuable part of it was sharing the experience with each other, learning about other projects and getting feedback about our own ideas. The training didn’t give the one and only solution how to make our staying in Balkan productive but it wasn’t the point. It gave us inspiration, some ideas, motivation, many contacs…and what we would do with it it’s only up to us. After the training together with Anita, Manu and Krysiek, we started a one-week trip to go back to Macedonia, but this is another story! Written by Antonella Nuvoli and Sylwia Gorska 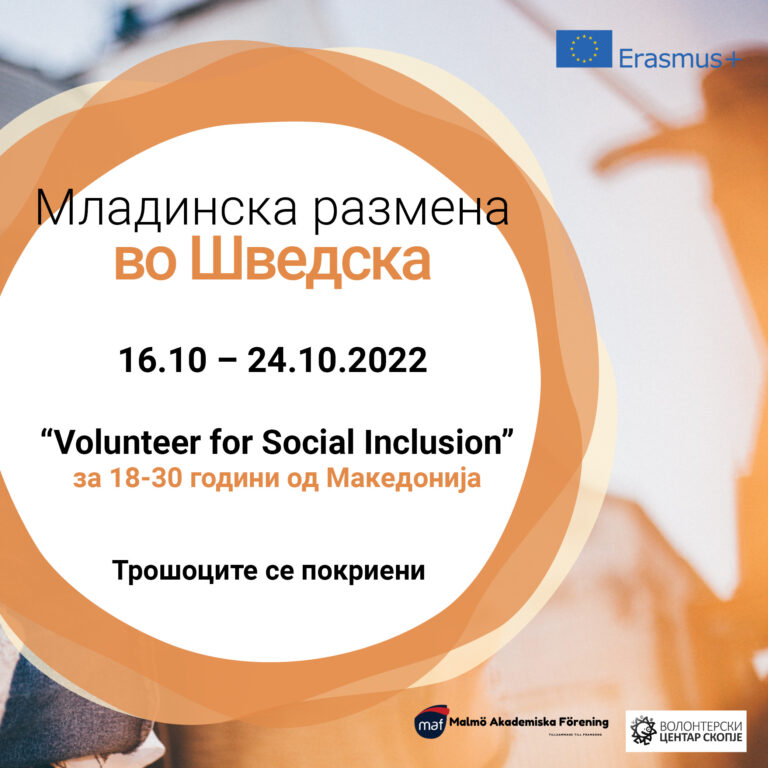 Volunteers Centre Skopje is looking for 4 participants (18-30 years old) from Macedonia who want to participate in the Youth...