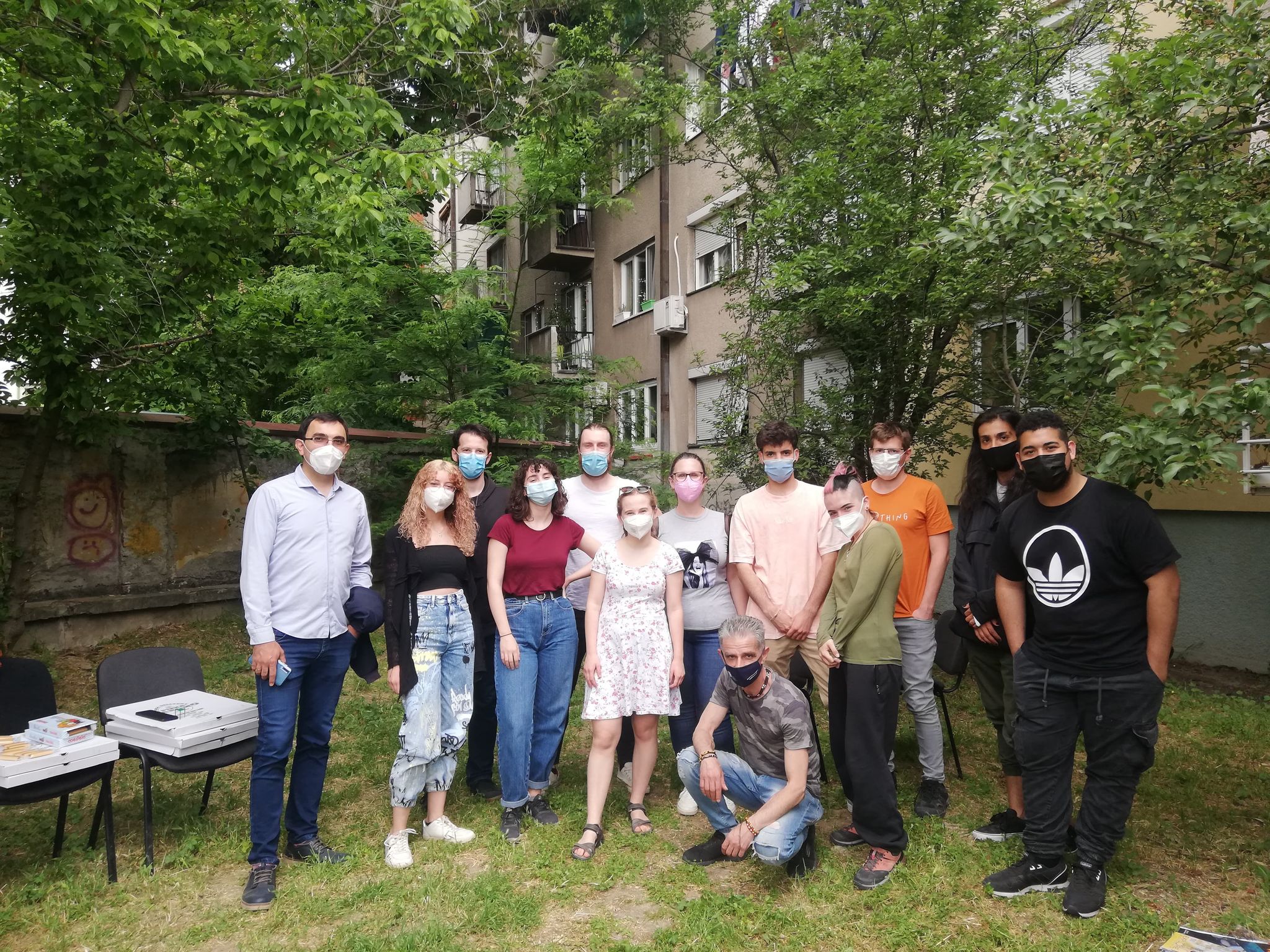 Last Friday, four young Spanish university students arrived in Skopje. After spending their first weekend they came to our VCS office on Monday. We did short interviews and learned that we have quite the artistic group in here. A lot of musicians! Of course we also enjoyed pizza together. No better way to welcome people than with pizza!

All the four students study Image and Sound in Huesca, Spain and they are part of the Vocational Education and Training (VET) program. The VET program sends students abroad and provides them an internship related to their profession. The group will stay for 40 days in Skopje to work in a television studio to gain experience in their practical work. With VCS as their coordinating organization, they will help out in the television studio – the shooting of a nature documentary is also on the schedule! Let’s get to know Elias, Sebastian, Eduardo, Nerea and Sandra: 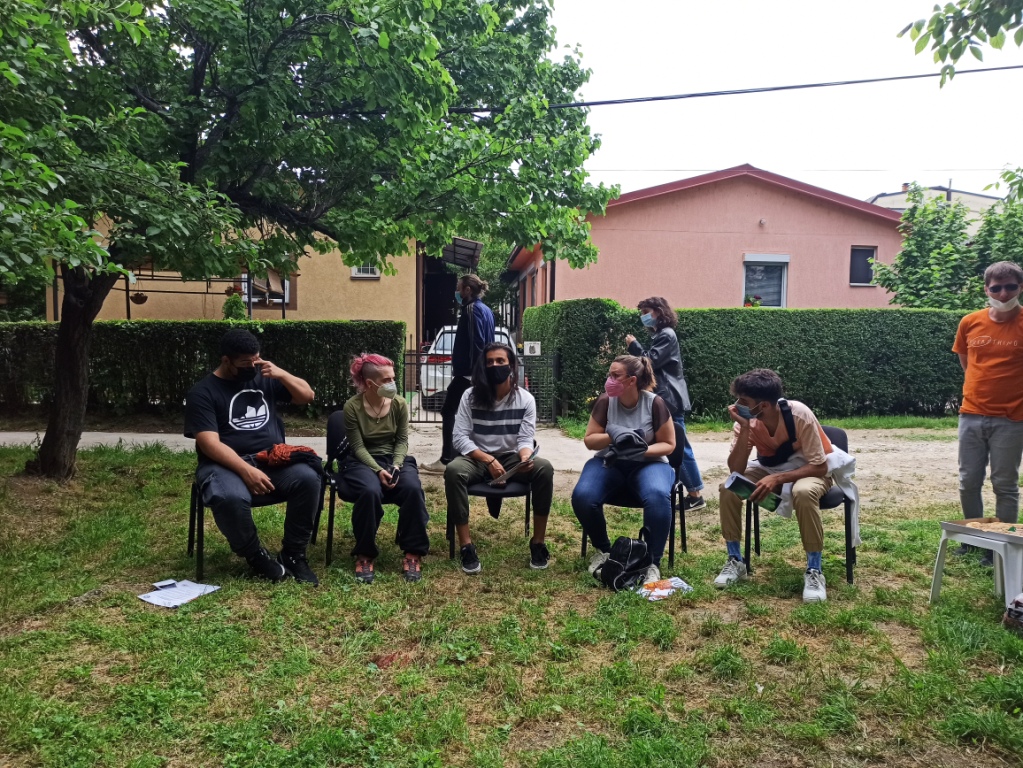 Here we have Elias from Huesca with Moroccan origins. In his free time, he enjoys playing music and playing football. In addition to that he is a DJ and he is broadcasting streams on Twitch.

The decision to come to Macedonia was quite spontaneous. The original plan to travel to Greece was cancelled due to the pandemic. Yet he is fully enjoying his time now. “I love all the nature here. I like to go to the mountains and hike. I am in love with Macedonia”, he shares.

For Elias it’s the first time that he has to speak English. Therefore his biggest wish is to improve his language skills in the next 40 days.

The 20 years old student is Colombian and lives in Spain. Besides his studies he is a musical producer. He plays the guitar, the bass and the piano. Also he is interested in listening to and producing freestyle rap.

About his decision to come to Macedonia he states: “It’s a country that I was interested in but if it wasn’t for this opportunity I guess I wouldn’t have come here for a real long time.” Especially the multicultural society and the Balkan history interest him.

Sebastian didn’t come with any expectations. He will see what the time brings – so far his impression is very positive though.

Nerea also comes from the little city Huesca near Zaragoza. Before she started studying Image and Sound, she went to a Conservatory of Music for five years. There she played the guitar with a lot of passion.

Her main goal is also to improve her English. Besides that she is looking forward to the experience in the television studio. Nerea is eager about the different cultures in the country. “I was searching on the internet and found out that in Skopje there are many different cultures. Also, I knew that in the organization there were a lot of international people and I liked it”.

She is especially excited to learn about the cameras, the lights, the microphones and the editing.

From Zaragoza, we have Eduardo Ezquerra, from the same VET group. The 18-year-old Spanish youngster moved to Huesca to study and lived with ‘compañeros’ – how he calls them – in a shared flat before coming to Macedonia.

“In Macedonia, I will be able to practice on TV. I like the part of sound but I want to try all departments – that’s why I came”, shares the youngster. “The sound is the part that I really like”, says the young DJ that already knows that’s the sector he wants to focus his career on.

Eduardo also doesn’t care that the Greece program was cancelled – he is very happy to be in Macedonia. “My first expectation is to practice my English and I also want to see how things work on the television”, shares the curious youngster.

The VET group came with one teacher. Sandra, who accompanied them to Skopje, has been a teacher for eight years. As the rest of the group, she is interested in improving her English. Also traveling is a great passion of her.  However, she will go back to Spain next week to pursue her responsibilities as a teacher. “I am only staying for one week because I think my pupils and the Spanish government need me.”

To the VET group: VCS is happy to welcome you in Skopje and in our organization! We are looking forward to the cooperation and we wish you the best for your short stay here!