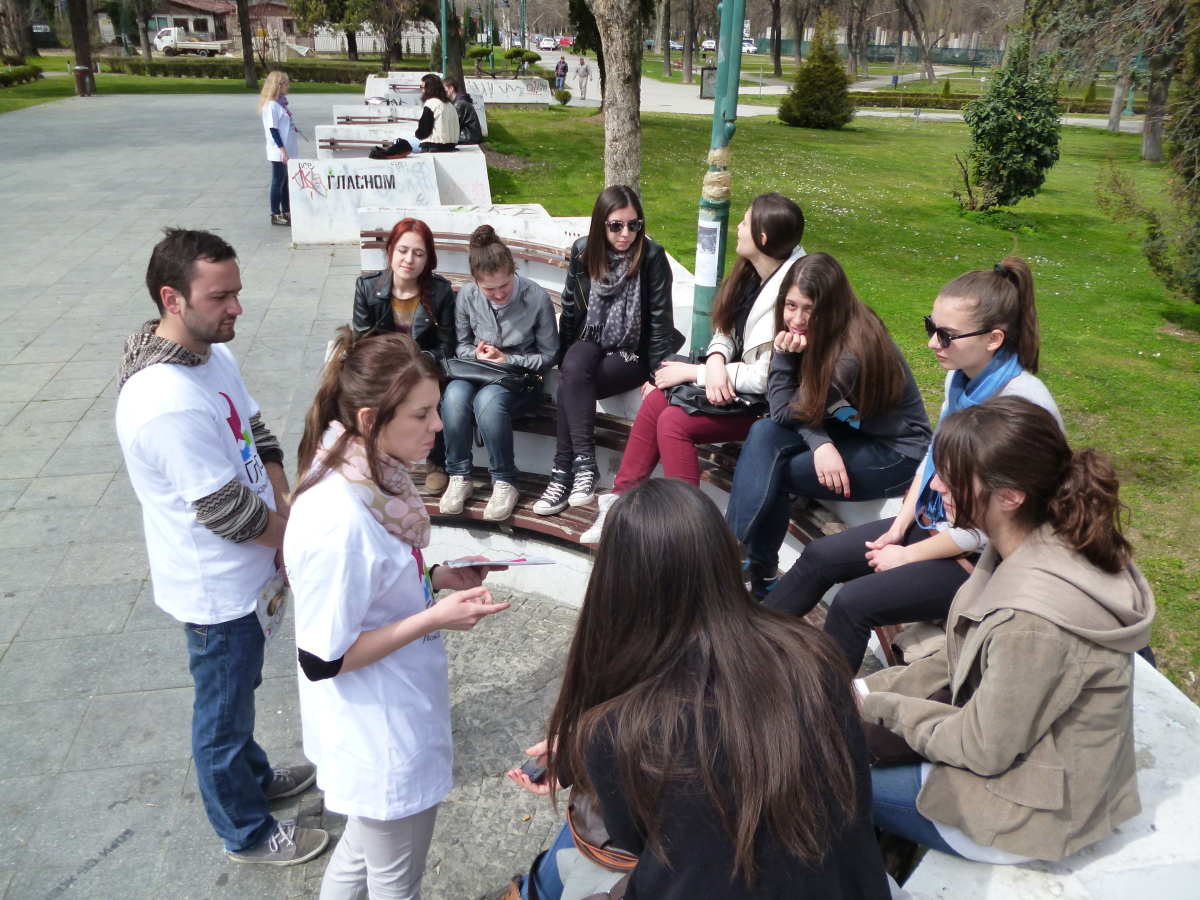 Despite the rain today, we managed to achieve the second part of the promotion of the campaign “Vote, Let your voice be heard!!!”, as part of the project “Upgrading the youth involvement in the political processes”, in cooperation with the Coalition of Youth Organizations SEGA and NED (National Endowment for Democracy). The second park of the campaign was implemented in the City Park and the surrounding area. On the last two events, plenty of young people were informed about their possibility to vote on the upcoming local election, so their voice can be heard and they can be directly included in the creation of their future by selecting their representatives on local level!!!