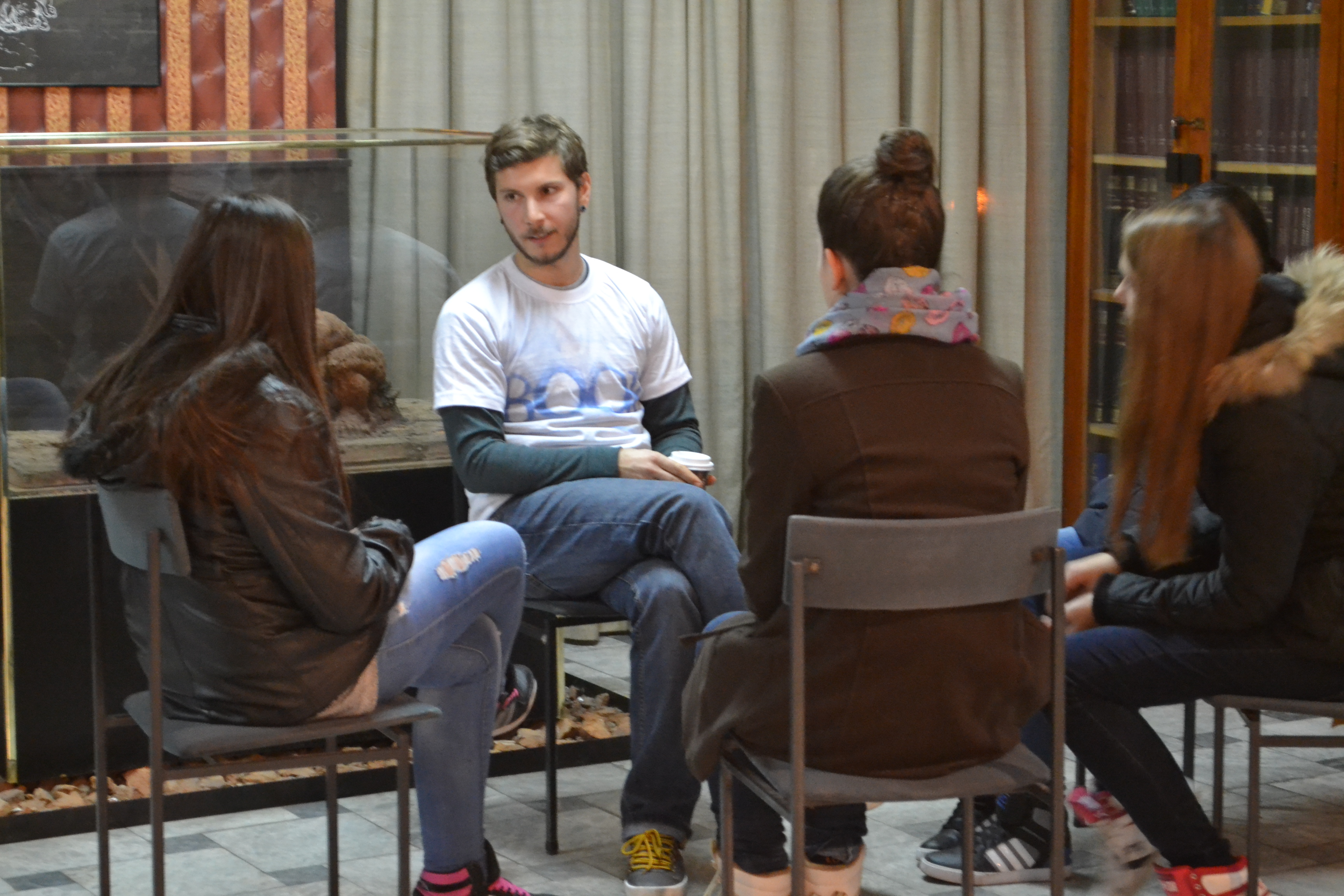 “Reading living books” was encouraged with the feeling of extra curiosity for confronting with your own prejudices, testing your own beliefs, discovering authentic life stories and coming in touch with another reality, which often is rarely visible. As part of the titles of the literature of “living books” there was: Roma, Muslim, vegan, feminist, disabled person, gay, mother with child of autism, volunteer, young entrepreneur, student from another town, foreigner in Macedonia, and many other“living books” which were available for the interested “readers”.

Around two hundred is the number of people which visited Human Library within four hours. The most borrowed book, respectively the readers most wanted to meet and talk with gay and young entrepreneur. The visitors had a rare opportunity to meet with a gay person which is open to talk about his orientation in Macedonia and to hear about all the difficulties that he is facing, and the story of the young entrepreneur was a big incentive for the people to get to know how is to open your business and be successful in the age of 25 years. Also, the feminist, mother of a child with autism and the vegan were not far back in the popularity and the attractiveness for the visitors in the Human Library.

As an organizer of this event I learned that interaction is precious and the real contact is the best weapon for breaking stereotypes and prejudices. I believe that Human Library is the first step in the activities, events, projects from this character which will help in building of one more tolerant and more inclusive society. The success of this project made me think about the next Human Library, which I believe that, besides Skopje, it will be open in the other bigger cities in Macedonia. Emir Slezovikj