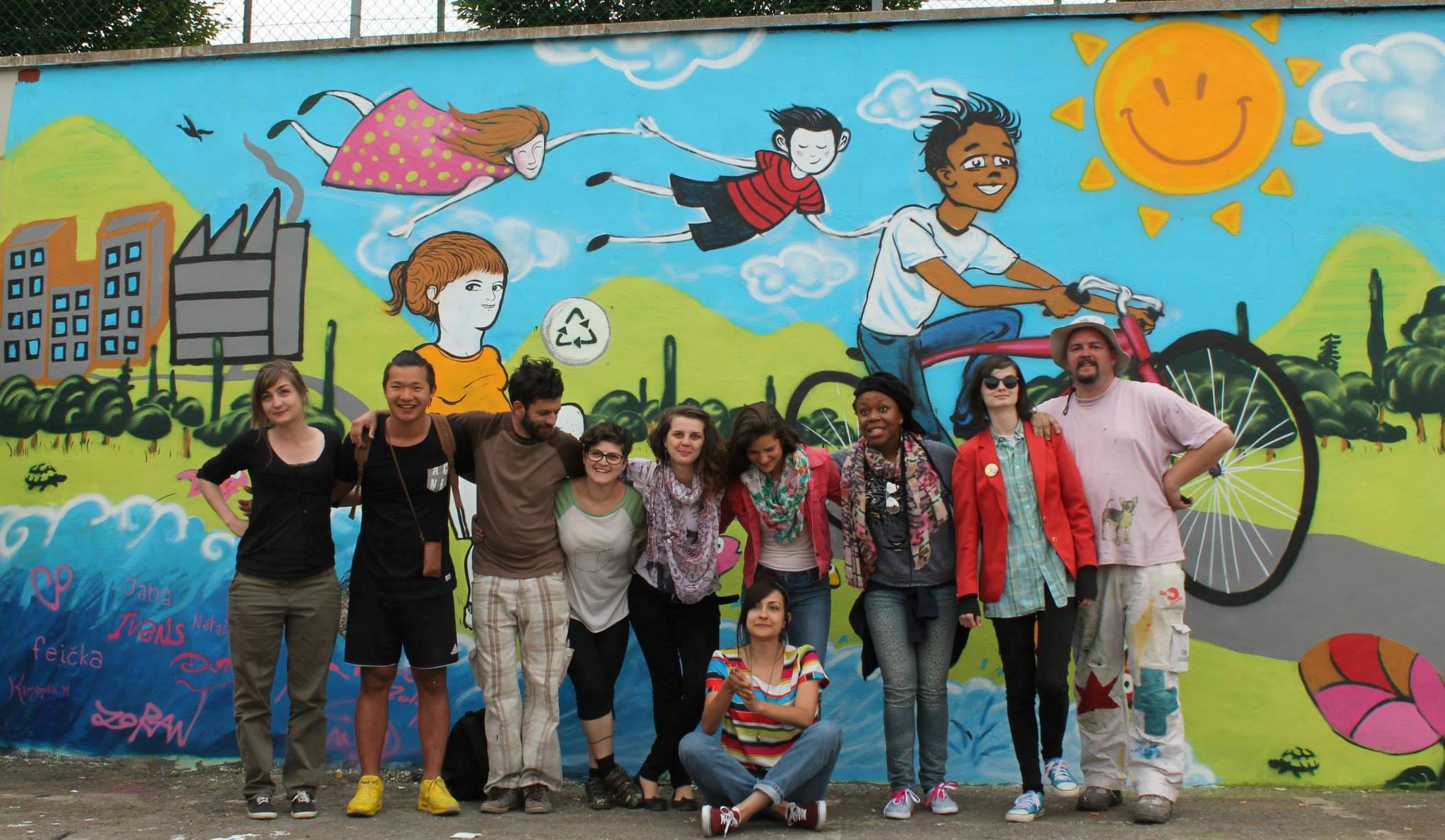 On the TC everybody had the opportunity to show their skills and to gain new ones, to share their experience and to freely express them self. The participants from the Comics and Graffiti workshop did a comic with their sketches and a big graffiti on one of the walls in front of the Youth Center Pianoro Factory, the participants from Urban gardening arranged the yard at the Youth Center by planting different herbs and flowers, while those from Solar toys built many items, toys and gadgets that work on solar energy. On this TC were also built and reinforced the communication and the team work skills of the participants as well as many other personal qualifications and characteristics. It was both, an educational and practical course that was very well organized on one hand. And on the other hand, it was a course that gave the possibility to the participants to transmit the gained knowledge in their communities. Furthermore, as part of the same course was a little trip to Bologna organized by the hosts where the participants had the opportunity to get involved in some events that were happening in that time. The Macedonian team also took the chance to visit and explore the beauties of Venice as they did a little trip before coming home. For them, it was a nice experience fulfilled with new knowledge and skills and a nice little voyage throw Italy. Impressions from Jana My name is Jana and I was a participant at the Training Course that took place in Pianoro, Italy from 10th till 18th May 2014. The TC was divided in 3 workshops (Solar toys, Urban gardening, Comics and graffiti) and each of us decided in which one of them would have take participation. I chose the Comics and graffiti workshop where we settled the goal to make a comic that included 10 different small comics, that matches, in fact, the number of participants in the workshop.  We did it! During the workshop, every one of us had the opportunity and the liberty to express his or her ideas related to the topic of the comic, and in the same time to put them on paper. On the other hand, the other goal we set was making a big graffiti on one of the walls in front of the Youth Center in Pianoro – Pianoro Factory. We did it again! Throw the workshop we had the chance to learn the techniques of doing graffiti and to reinforce our team work skills. I had a very good time and I must say that this TC exceeded my expectations. Furthermore, the organizers and the facilitators were amazing and they were unconditionally at our service. Also, we had an organized trip to Bologna where we hang out after the successfully finished workshops. In the end, I have to emphasize the fact that I had a huge opportunity to be guest in a radio interview at Kairos radio in Bologna, where I shared my opinion about the TC and I also spoke about the current situation regarding youth centers in my country. To sum up, many new friendships and an unmeasurable experience.