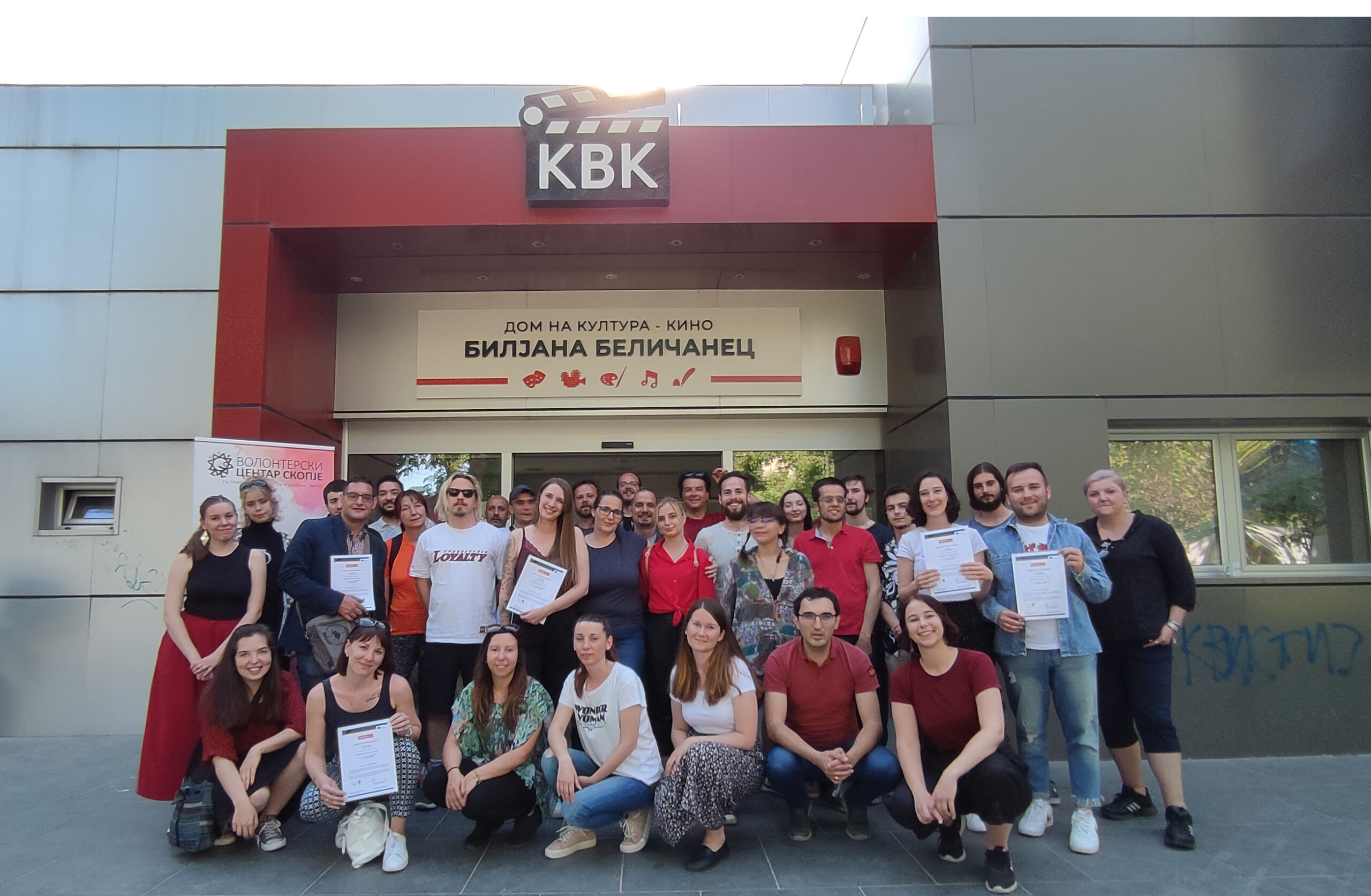 With the third and last activity in Skopje (the first two were in Antwerp and Bremen), we completed the project “Neighborhood of youth centers in Europe” within the “Erasmus+” program of the European Commission through the Belgian National Agency.

Thirty youth workers and representatives of municipalities from eight countries and partners in the project last week (May 6-13) at the House of Culture “Biljana Belichanec” in Kisela Voda discussed the need for Youth Centers and the implementation of the Law on Youth. They also agreed on further cooperation to improve the conditions for young people and provide opportunities for their more active participation in public life.

As part of those activities, we organized three major open events that aroused great interest among young people and locals, who were convinced that the House of Culture is reopened and has all the predispositions to become a (youth) Community Center.

On the occasion of “May 9” – Day of Europe and the Day of Victory, Volunteers Centrе Skopje and the Municipality of Kisela Voda organized an art exhibition in digital art and photography: “Youth and community volunteering”. The event was opened by the Deputy Mayor of the Municipality of Kisela Voda, Ivan Mitrovski, followed by a speech by the Director of the Volunteer Center Skopje, Nikola Stankoski, and the President of the Association of Educators of the City of Skopje, Katerina Mitkovska. The famous artist Zivko Cvetin presented a painting of the Municipality of Kisela Voda, and the song: “White Tender Bird” was read on the occasion of the opening of the House of Culture named after Biljana Belichanec. The event was enhanced by the recreational chess game between Dimitar Ilievski – International Chess Master, and the young promising chess player Dino Tabakovski, followed by other renowned writers, poets, students and educators. 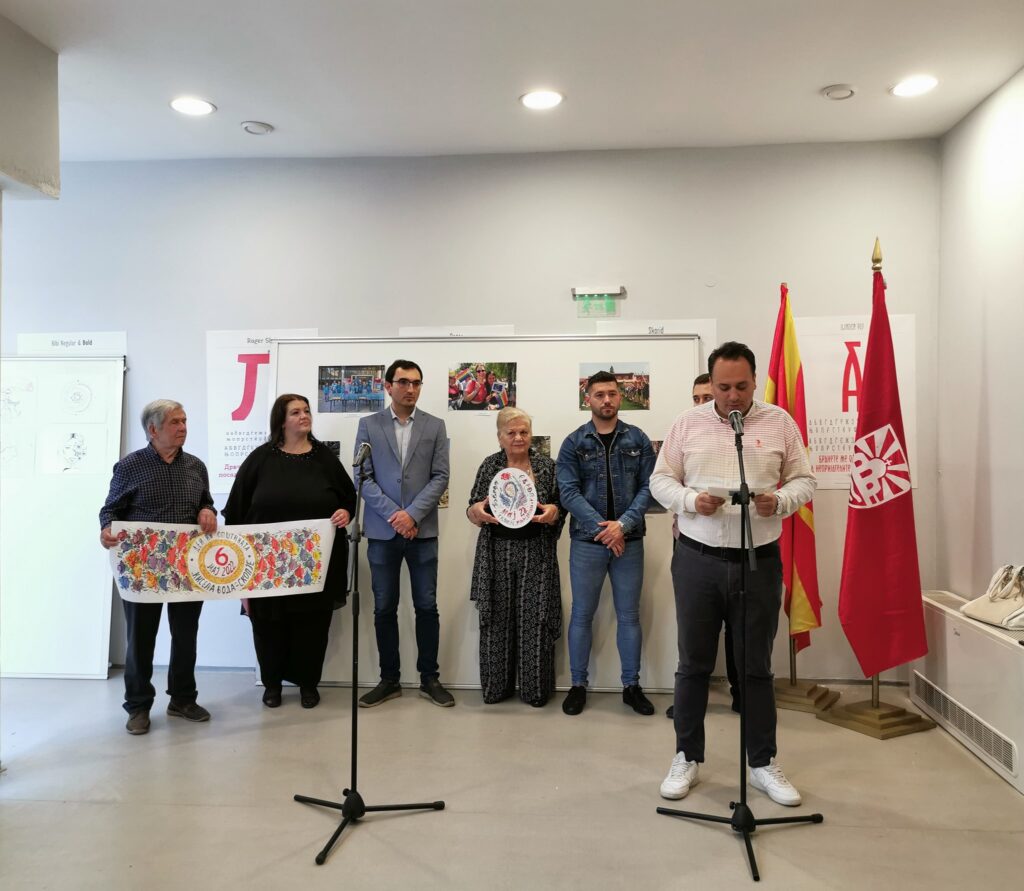 At the same time, there were stands in front of the House of Culture where our guests from Germany, Belgium, Serbia, Croatia, Slovenia, Montenegro and Bosnia and Herzegovina presented their country, food and culture.

The need for Youth Centers, implementation of the Law on Youth, and better communication between the institutions at the local and state level and the civil sector was the goal of the panel discussion on “Institutional support as a key to youth development” held on Wednesday, May 11. The panelists agreed that the opening of Youth Centers, which is a legal obligation of every municipality – is not only an obligation but also a need for young people and a place where they can channel their energy, but also to hear what opportunities are offered, i.e. to propose their ideas, proposals and initiatives.

The Youth Council, the Youth Officer, and greater allocation of funds from the institutions for youth development are the components that will additionally influence the youth activism and their stronger participation in the social events. The first part of the discussion was attended by important stakeholders in society regarding youth and civic activism, which leaves hope for an immediate improvement of conditions.

In the second part of the discussion, representatives of the eight countries participating in the seminar compared good practices from their communities, the support they receive from local authorities, and these centres’ sustainability. It was a great opportunity for dozens of local youth who attended the event to learn about youth work and volunteering.

Speakers at the panel discussion: Ana Gjuroska – Project Coordinator in the Municipality of Kisela Voda, Nikola Ilievski – Councilor in the Municipality of Kisela Voda, Biljana Paunovska Nikolovska – Head of the Education Sector of the City of Skopje, Monika Zajkova – Member of the Macedonian Parliament, Director Marko Gjorgievski of the National Agency for European Educational Programs and Mobility, Nikola Stankoski – Director of Volunteer Center Skopje, Tomislav Gajtanoski from Coalition SEGA, Dragana Mitrovic from the Union for Youth Work and Luca Citarella from the EU Delegation in Skopje.

In the end, as icing on the cake, we organized “Skopje SOUP”, an event that aroused great interest among young people, who filled the cinema hall. It is a model used a few years ago in Detroit, USA, and is now practised in almost 200 cities worldwide. Now, Skopje has become part of this network. “Skopje SOUP” offered great company, wonderful ideas and most importantly – the feeling that we can change the community! Attendees had the chance to hear the ideas of the four fantastic speakers: Maria Dancevski (for better treatment of stray animals), Ivan Ilijevski (for greater involvement in scouting), Petar Stevanovic (for specific actions for a cleaner environment) and Kamelija Kostolikovranje (reusable takeaway lunch boxes) and then vote for one of them. 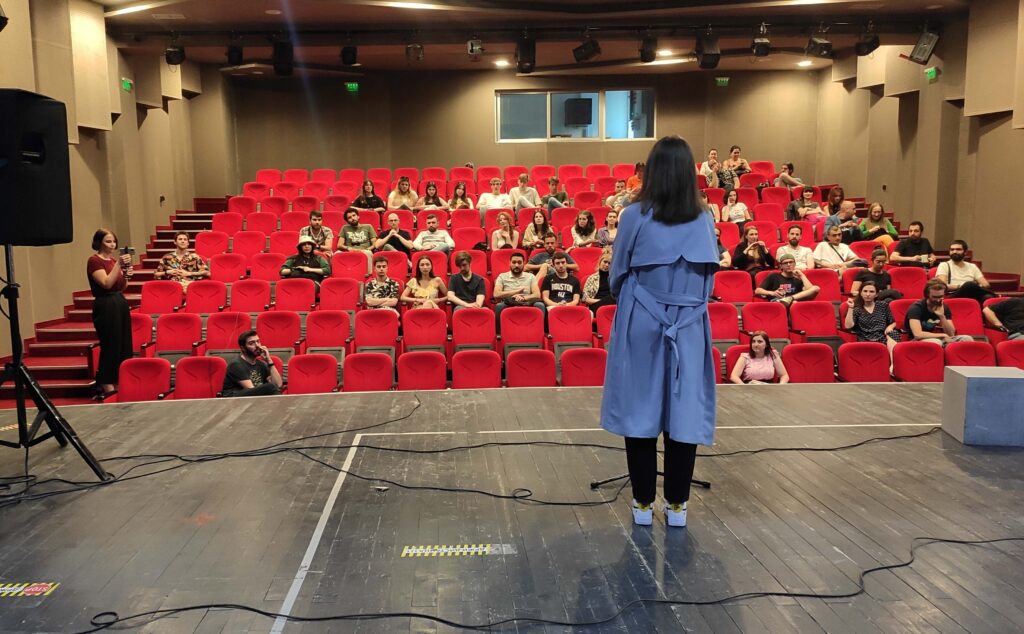 The soup we ate during the voting was delicious, so many locals came to try it. And to get to know that the Home is “alive” again and will be the center of the community.

The atmosphere warmed up to the maximum with the inspiring performances of the artists: Nenad Stefanoski, Srdjan & Njomza, DJ Drazi Drags and HyperTech, while Kiril Gocevski organized a juggling show.

Considering that we had a draw with two contestants after the voting, the four speakers themselves voted for one of them. Petar, who won, received the full amount of donations (symbolic 100 denars from each attendee) with which he will buy cleaning equipment for one of the next actions of Za Pochista Makedonija.

We believe that Volunteers Centre Skopje and the Municipality of Kisela Voda were excellent hosts, and we are sure that in the House of Culture, there will be many, many more events, seminars, gatherings…