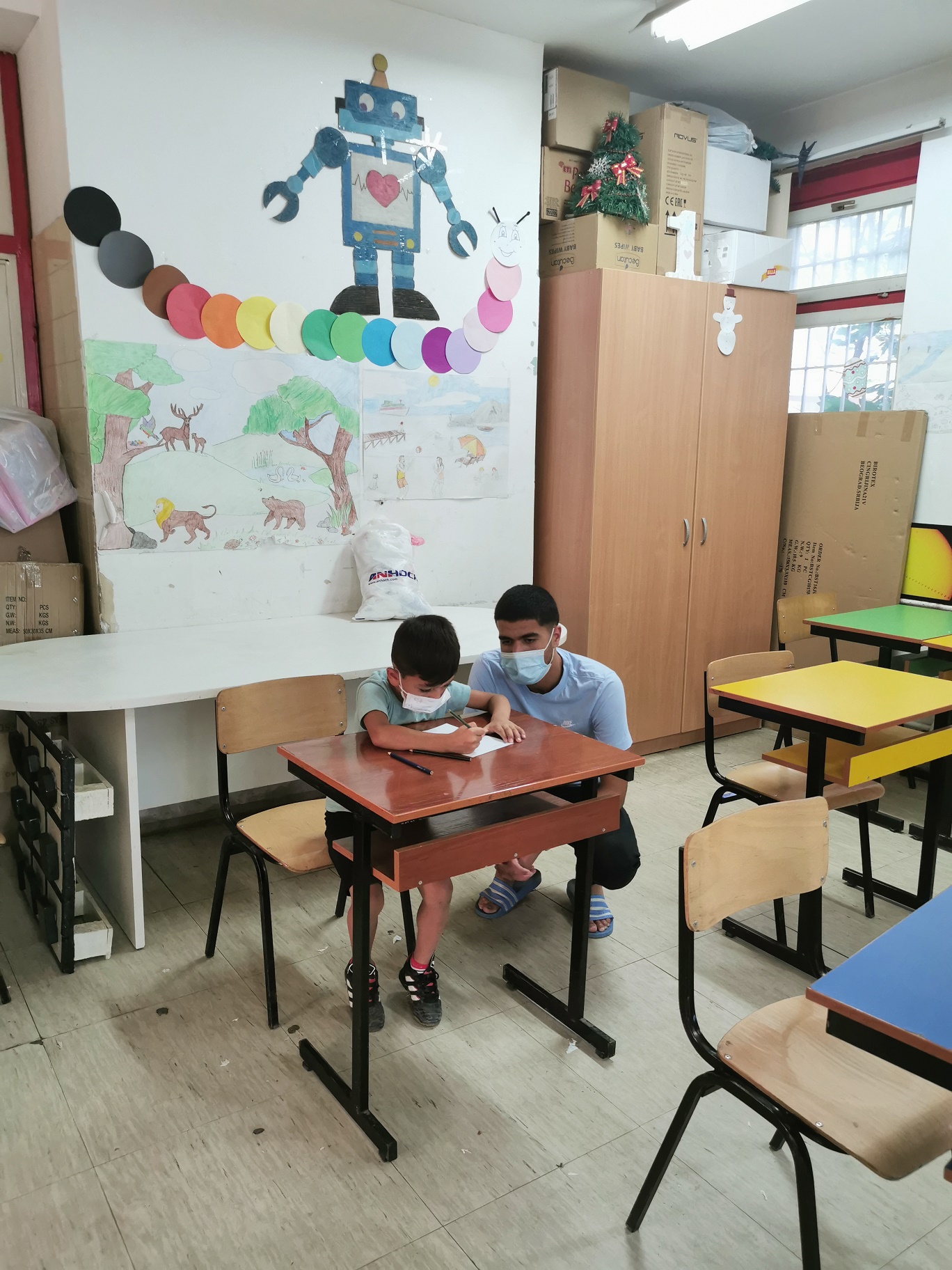 I spent almost one week in the Daycare Centre for street children in Shuto Orizari, Skopje. And now, since my project in VCS is coming to an end and it’s time when I will have to come back to Belgium – it is disappointing that I can no longer go there and be with them. From the first day I got there I really felt welcomed by everyone. We did a lot of different things in Shutka. At first, we helped the children with some mathematics, apparently they are very good at math. After they were finished we played games with them, tried to do some puzzles and just entertained them. I did not expect for them to be very social but the kids really were. The place where we went looked like an ordinary classroom. It has everything what a classroom should have like sheets of paper, books, markers, etc.

On a usual day we expect around 7 children. All of the kids were very nice but two of them really got my attention. Their names were Antonia and Gabriel. Those two really wanted to play all of the time with me and they gave me a feeling that they enjoyed it while I was playing with them. There was one game that they could play the whole day that’s called ‘Jenga’. The meaning of the game is that you take a wooden piece out of the tower that you build with the wooden pieces and try not to let the tower fall, because if that happens – you lose. Not only this game but also puzzles were something that the children liked to do, especially Antonia.

I see this project not only as an experience but also as a moment that will stay with you your whole life. I am sure I will be thinking about the kids now and then because we had such a fun time even though it wasn’t the longest time. Of course, we had some difficulties with understanding each other because the language barrier is huge and I am also older than them, but that did not stop us from giving it a try to communicate with each other. The only negative experience I had is waking up earlier than I expected. We had to wake up early in the morning and had to take a 20-minute walk to the bus station and take the bus for about 35 minutes to arrive in Shutka. You can imagine that a long bus ride is not so exciting if you just have woken up. I am honestly not a big fan of waking up early, but besides everything I experienced it was worth it and I would do it again without hesitation.

Call for volunteers in Poland!

“From Trash to Cash” magazine