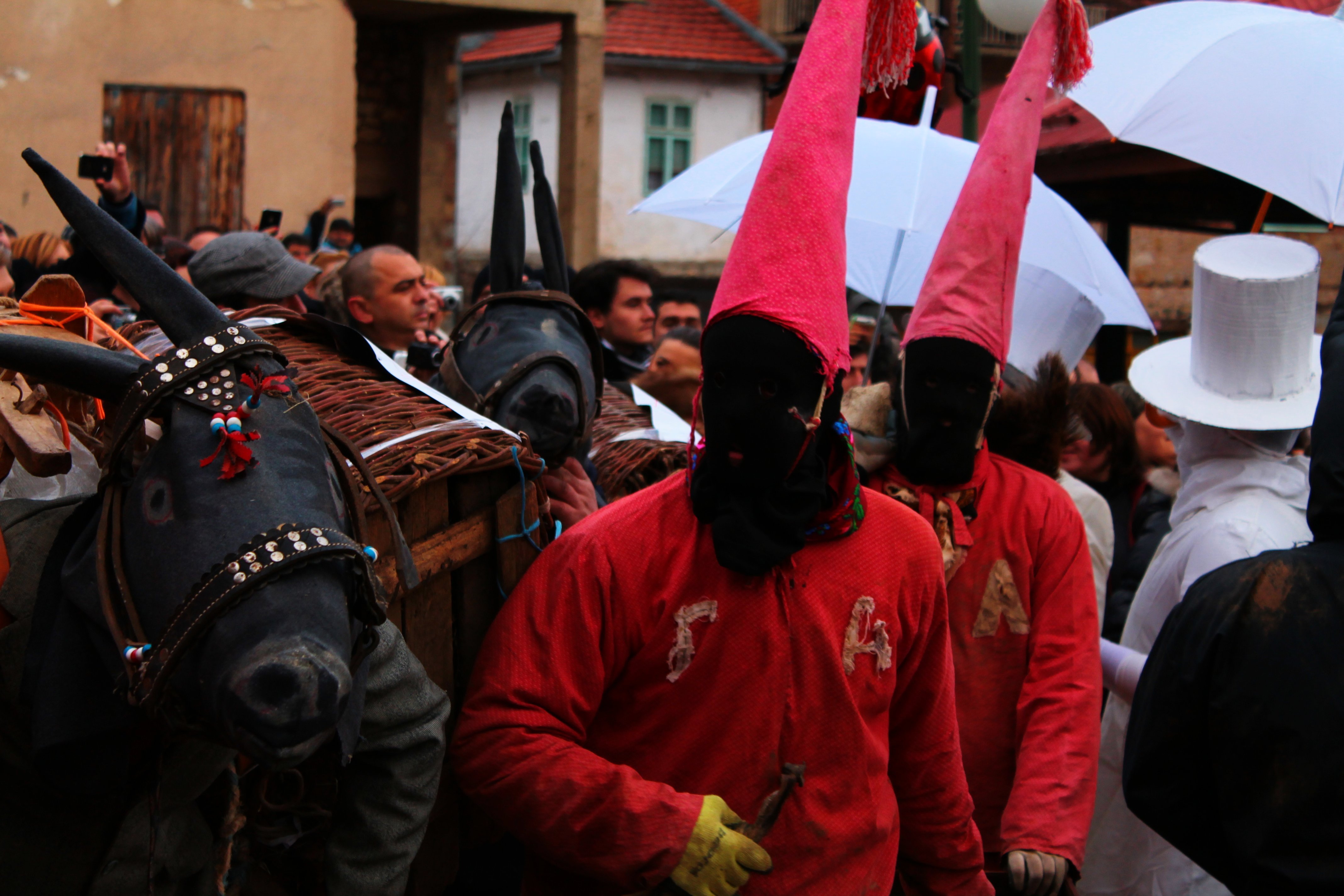 Getting up at 5 o’clock on the morning showed out to be completely reasonable in order to see this mix of scary paganic and funny modern style costumes represented on Vevcani carnival. Already on the beginning of the morning there started to appear bright August the Stupid characters which were doing everything according to this role. They  walked around screaming and doing many peculiar moves and gesticulations (like hitting animal skin pieces on the ground, running around approaching people etc.). When it came closer to 14:00, what was appointed time for official parade, there appeared even much more interesting and original masks. Many of them had political or another kind of particular meaning: there were grave and begger with the flag of Greece, there was Obama and other political figures as well as Vevchanska Shmizla, Gangnam Style guy and many, many more. Most of the masks were so cool that it was pity to think that according to tradition they will all get burned next day. Though there were many funny characters between the participants as well, the overall atmosphere was pretty scary and made a unique originality sign to this Vevcani carnival. Raphael, EVS volunteer from France, describes the experience on carnival as follows: „It was a very weird but pleasant experience. Madness is so into the atmosphere, in a so freel and so open way that you also start to feel the crazy vibe.” Furthermore another French volunteer Sarah compares the trip as a travel to parallel world: „The Vevcani carnival is really worth to see. All these terrifying costumes fill the atmosphere of the town. Vevcani carnival is a travel in parallel world.” Apart from the carnival it was also nice to visit traditional Vevcani village as self. The old buildings on the streets, fountains and park with the springs and small waterfalls served as an excellent basis for walking around while waiting for the start of the carnival. And, perhaps, only thanks to the carnival tradition the visit of Vevcani was settled on agenda, making another excellent day of travel to become true. Written by: Janis Seglins Photos: Raphael Bonnet

Volunteers Centre Skopje is looking for participants (+18 years old) from Macedonia who want to participate in the training course “Know...