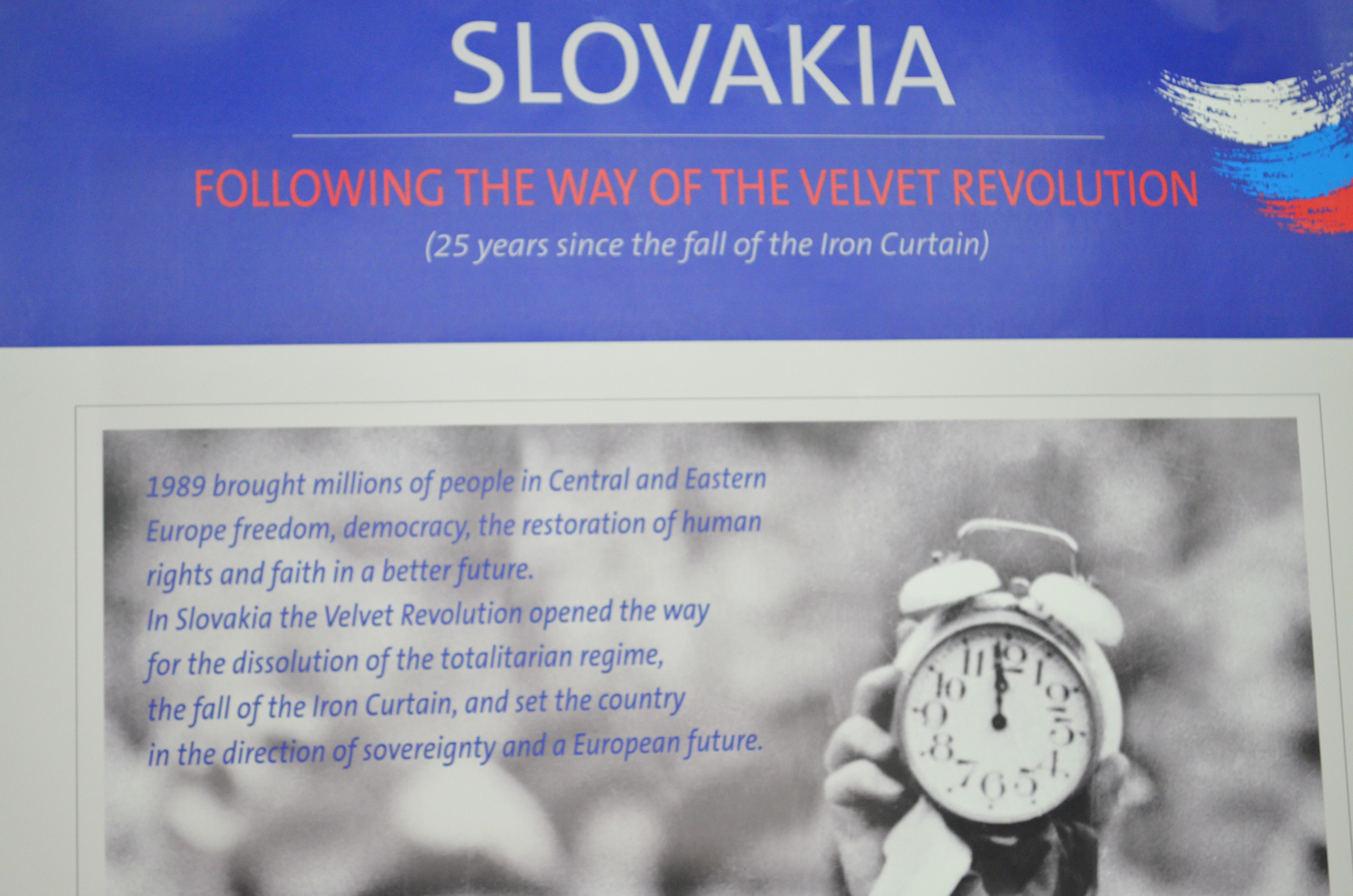 Monika and me (Michal) had been invited by Embassy of the Slovak Republic in Skopje to attend an exhibition dedicated to 25th Anniversary of the Velvet Revolution. The whole event was organized by Embassy of the Slovak Republic in Skopje and was held on 18th of November at EU Info Center Skopje. From VCS we were four attendees: Monika, Sanja, Paul and me. The opening speech was held by Minister of Foreign Affairs of the Republic of Macedonia Mr Nikola Poposki. Many ambassadors who are based in Skopje attended the event as well. Event itself was very beautiful and well prepared by the organizers. We could see posters which contained photos and information about the Velvet Revolution. There were also posters dedicated to beginning of Slovakia and to current Slovakia’s membership in international organizations such as NATO, EU or Visegrad Group… We had also a great pleasure to talk to employees of Embassy of Slovak Republic in Skopje. So once again, thank you for the invitation, we were delighted to attend such a great event. by Michal Krizan