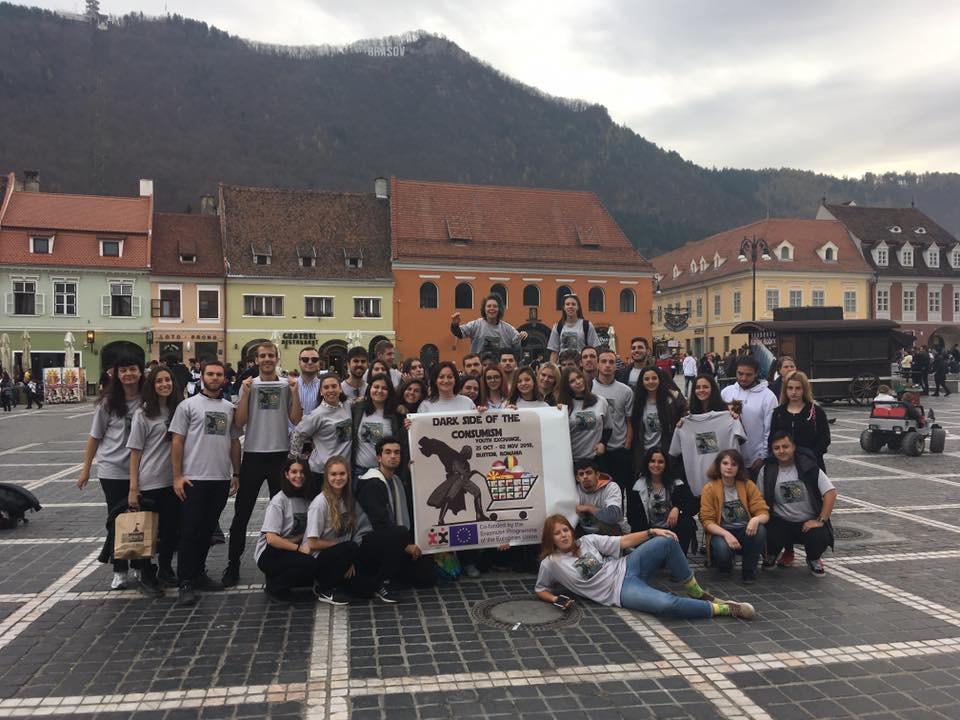 ‘Dark side of consumism’ was a youth exchange that took place in Busteni, Romania in the period 25th  October till the  2nd November 2018. There were 42 participants from 8 countries who were gathered to tackle the global problem of overconsuming and the sustainability of the environment. Through creative activities, workshops and a beautiful environment, we managed to make some amazing outcome from the topic that was given.

Have you ever thought about what and how much we consume during one month, one year? Have you ever taken a chance to change something that you do that actually harms the environment? What do you do to increase people’s awareness and of course yours as well?

The first impression that we usually have are the looks, pictures, images likewise logos. Have you ever seen a youth exchange’s logo as awesome as this one? Darth Vader The Father presenting the dark side and it’s a marvelous illustration for the purpose of the project. The aim of the project is to aware people of our consumption starting from food, electricity, water and then finishing with elements that we use for pleasure such as clothes, houses, various transport vehicles, going to the cinema etc. This was the first activity: ‘what do we consume? ‘which shown how much, what and when the participant use all of these things.

Then we got creative and used the pieces of nature, without harming the nature to build ART. We had various sculptures which had such different names and structures, but send the similar message. This was an imagination workshop called ‘Land Art’ where the sculptures lasted even after a week.

As I said this project was mainly expressing ourselves in a creative way so we had a task through out theatre, music, songs or poems to deliver the ‘things that we can not live without’ which are love, happiness, water, food, clothes and we even put some facilities that we had\didn’t have during our stay in Busteni which made it even more fun.

We had a YES or NO debate which was a hard one, a brain teaser, which had put us in a very difficult situation making up our minds with intriguing questions for example: ‘Cutting trees for Christmas should not be allowed as it is unsustainable’ .

And of course we had World Coffee which was an activity regarding the solutions such as renewable energy, buying second hand clothes, cultivating your own food, recycling. We discussed the causes of being in this situation that we currently are: the lack of knowledge, the competition between the industries for having a newer product, too much smoking and consuming alcohol etc.

We had a lot of another workshops like: without electricity what we will do, what will happen, EKO vs OKE, presenting the characteristics of a responsible EKO and an irresponsible OKE person which turned out to be very different and fun to illustrate firstly on a flip chart and the act it as a play.

During the days in Romania we managed to bond with the other participants, get to introduce another country for instance Macedonia presents Romania, we cooperated with one another and found several ways to cope with this global issue through our creative crafts and decorations, inspiring videos, flyers, a brochure as well as an astonishing fashion line, which were the products of the project, the baby of our family.

We used products that were wasted, thrown away and it is safe to say that during youth exchanges we consume a lot of food and products producing a lot of garbage from cans, bottles ( plastic and glass) so we were collecting them for the last two days of the project to make something out of it. We made lanterns from cans, picture frames from destroyed wooden sticks, decorative chandeliers from glass bottles, cool decorations and of course we renovated the broken door and damaged mirror. The fashion team used old T-shirts, jeans, plastic bags and other decorative things to create some fun and very realistic clothes which were presented the last day with a fashion show. When that was happening, the video team was filming 2 videos with the topics: ‘Super Mario’ and ‘Rick and Morty’, be sure to check them out! And certainly we had our amazing flier team and the brochure team who made us as a premium group with a premium project visible.

This was a one of a kind project, which was so organized that we even had time to party, have a barbeque and of course to have a trip to the Busteni’s waterfalls, in Bran to Dracula’s castle and Brasov an amazing city which everyone of us fell in love with where in the square we presented the Dance of the project and invited strangers to dance it with us. It was an amazing experience and when I got home I couldn’t believe that I have participated in such an fulfilling project which brought wonderful results, wonderful people and friendships.

The last thing that I might say is just: THANK YOU! SHARE YOUR LOVE AND JOIN OUR SQUAD BECAUSE TOLEA IS OUR ERASMUS GOD! 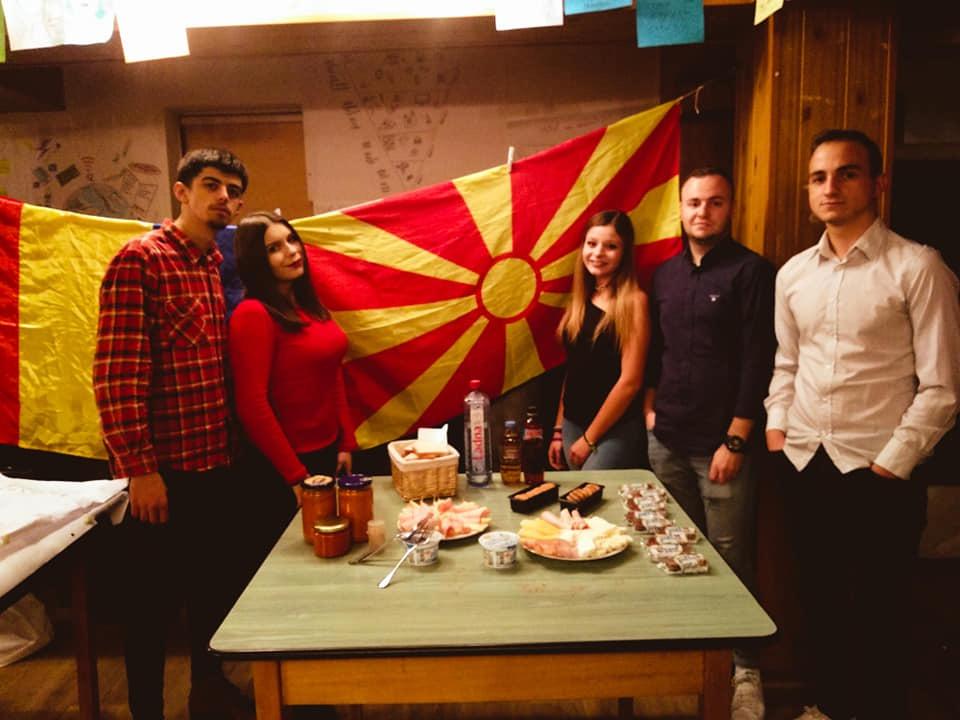